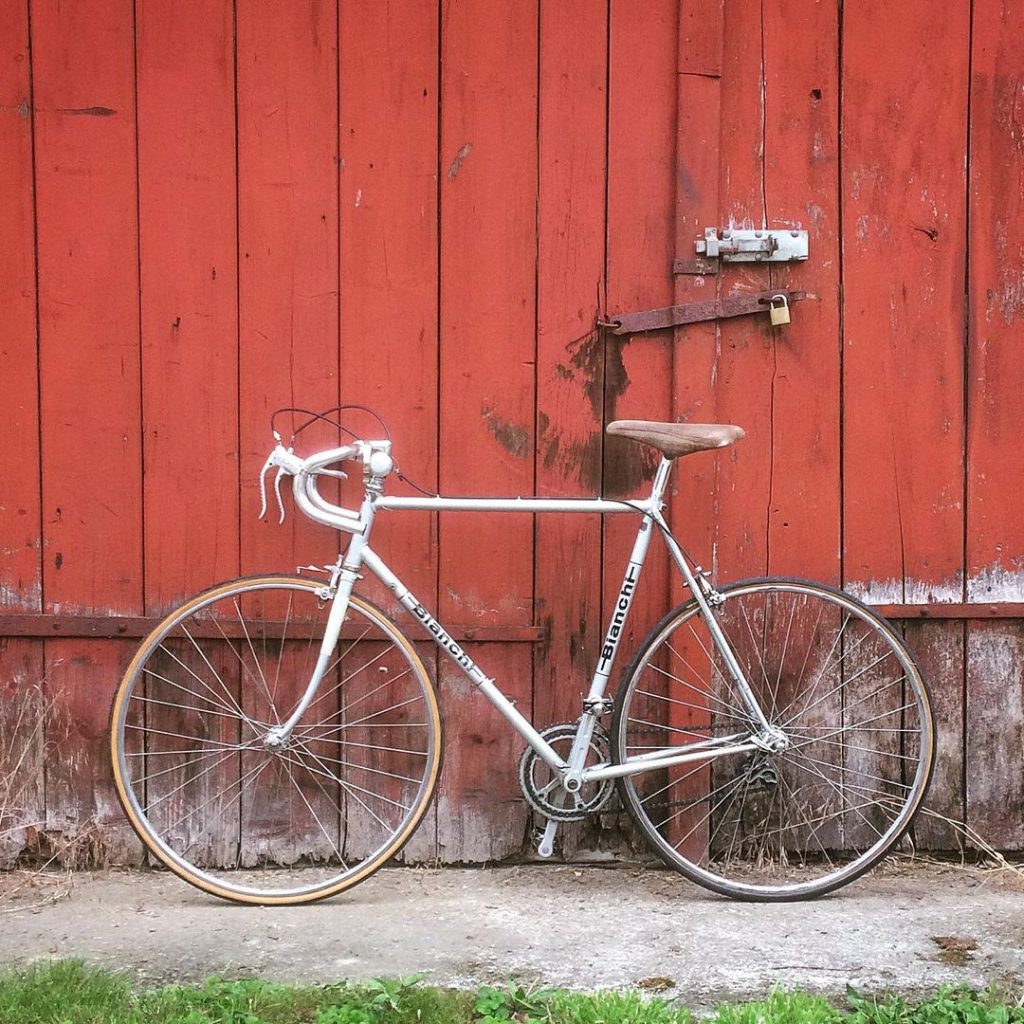 The Italian vehicle manufacturer Edoardo Bianchi has been manufacturing bicycles in addition to cars and commercial vehicles since 1885 and is known for its racing bikes with the characteristic color Celeste (sky blue). In the 1970s to 80s, the “Specialissima Superleggera” was the top model among the manufacturer’s racing machines and was coveted internationally by cyclists and amateurs. The geometry of the lightweight steel frame was made from the famous Columbus steel tubes and gives the bike its filigree and elegant silhouette. Even today, the bikes are rebuilt as retro icons and sold at top prices among fans.

My father was an avid amateur racing cyclist and one day bought this one, which was painted in the factory in the special color “lightning silver”. He often used it for short tours to the Möhnesee or the Lippetal and enjoyed the simple but solid technology: Campagnolo rear derailleur, Record brakes, Mavic rims and tubular tires to stick on. My father’s typical tour equipment naturally also included racing bike gloves and trouser clips against chain smear on his trouser legs. The wheel is too small for me and the bearings have also worn out over the years. That’s why I just want to keep it as a memento for the collection and repair it as much as possible so that one can take a little trip.