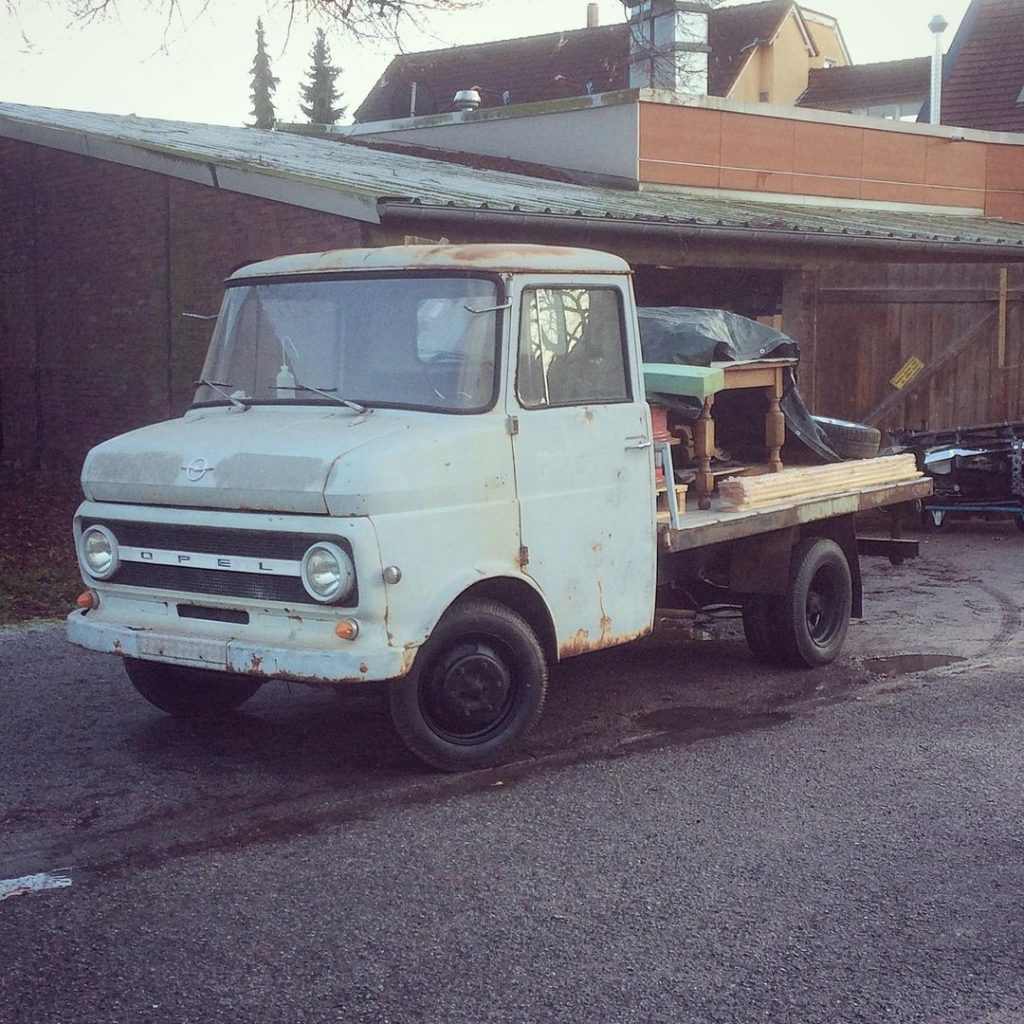 The history of the German vehicle manufacturer Opel in Rüsselsheim goes back to 1862. After the initial production of sewing machines and bicycles, the development of cars, motorcycles and trucks began. The Opel Blitz B (“B-Blitz”) has a long line of ancestors: it began with the pre-war Blitz 1.5t Schnellaster at the beginning of the 1930s, via the so-called (“Wehrmachts-Blitz”) as a troop and material transporter for Nazi Germany’s megalomania, then the post-war model “Weichblitz” with clearly recognizable borrowings from the contemporary models of the parent company General Motors and finally the direct predecessor “A-Blitz”. With a few exceptions with late diesel 4-cylinder and wood-gas conversions, the Opel Blitze were consistently equipped with the proven and smooth-running 6-cylinder petrol engines that were also used in the large and well-known sedans such as Olympia, Kapitän, Admiral, Rekord, Monza.

Who let the dogs out?

This specimen was originally provided with a special structure for transporting the panes for a glazier in Kassel. In addition, the Blitz was already equipped with a liquid gas system at that time, so that the high-consumption engine can be operated with the cheaper fuel as an alternative to gasoline. The small truck was said to have been in the open air on the former company premises for 30 years and accordingly suffered numerous damage to the stand. However, it has a low mileage of only 70,000 km. The brakes have now been completely renewed with all pads and lines, all six tires have been replaced, the fuel system has been cleaned and an electronic ignition system has been installed. The lower edges of the door still need to be repaired, the fuel pump replaced and the driver’s seat restored. As soon as the gas system has been overhauled, the lightning can finally go to the TÜV and then onto the road.