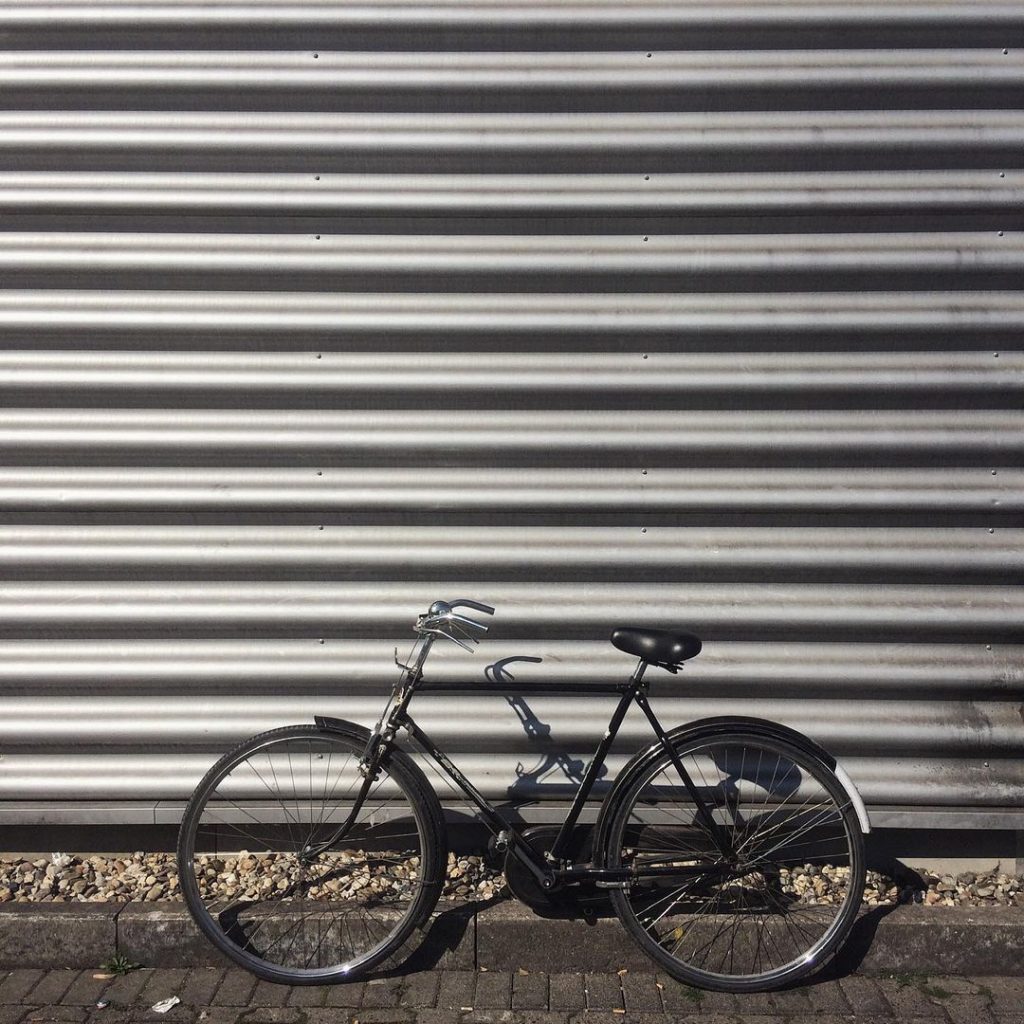 The Chinese bicycle manufacturer Forever has been building so-called army bicycles based on the prototype of the English manufacturer Raleigh in Shanghai since 1940. The bikes are characterized by a robust and lightweight tubular steel frame and a 1-speed hub with a free wheel. However, the attachment parts are of simple quality and therefore often do not last as long as the frames. The linkage brake acts on the inside of the chrome-plated steel rims via tie rods and levers. The black fenders, frame and chain case are hand-lined with gold paint.

When I visited Beijing in 2009, I was immediately enthusiastic about the many old bicycles that were used en masse in city traffic and – some of which were converted as cargo bikes – transported mountains of material. When, years later, on the way to my job in Potsdam, I saw this specimen in the corner of my eye on a bulky waste heap, I made a spontaneous turn around and decided to take it with me and restore it despite its desolate condition. The saddle was no longer there, the crank was broken and the brakes were no longer effective. So I got spare parts like brake pads, a new chain, a used Brooks leather saddle and a Chinese bell. I repaired the bike in my bathroom on the 4th floor and with the help of an experienced bike mechanic, I was even able to replace the crank. The old, but dense, black rubber tires have Chinese characters, so they are still the original tires. This lightweight bike is ideal for a relaxed Sunday excursion into the country and rides surprisingly well on sand and forest paths.