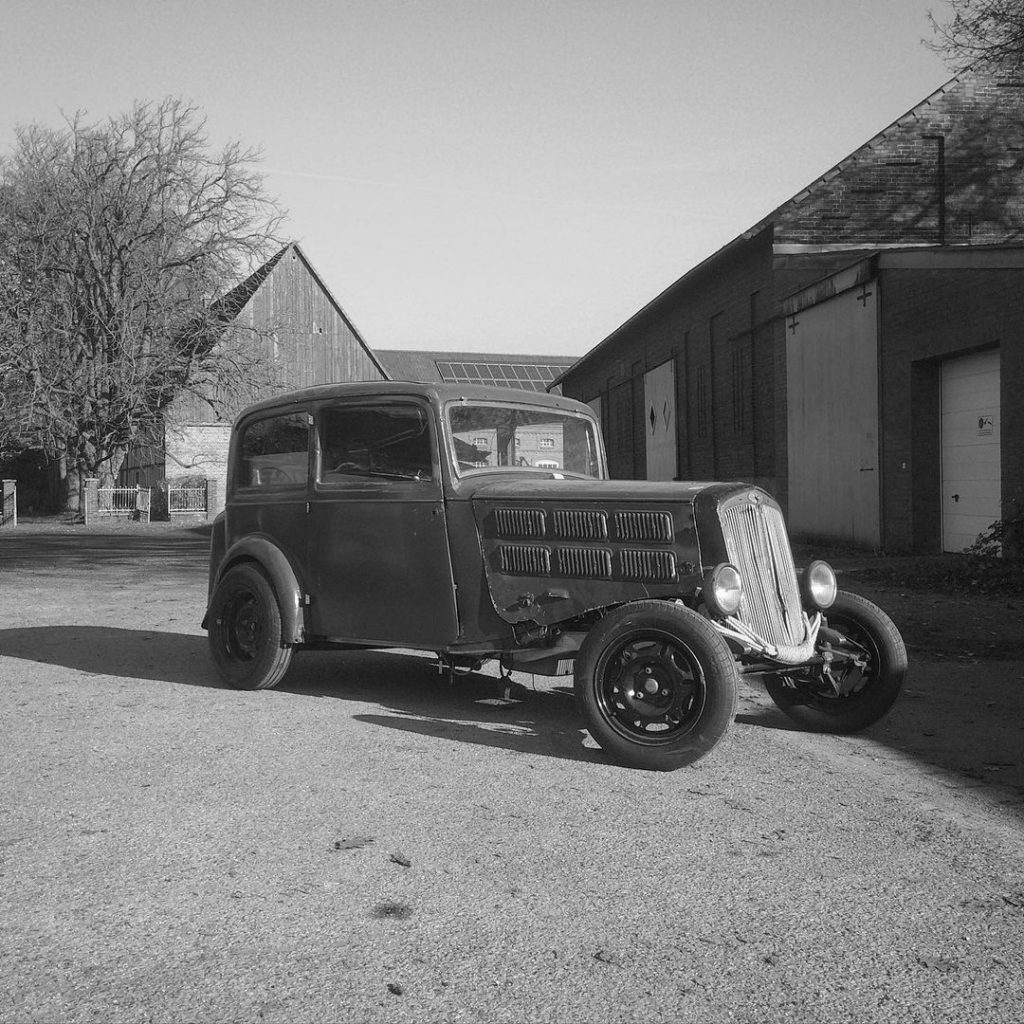 More than 100 years ago there were steam cars, gasoline cars, and electric cars. The electric car was technically superior to the petrol car, but the battery technology was not fully developed and therefore inferior to the petrol engine in terms of power and range. For over 80 years, with a few exceptions, cars were built and driven with gasoline and diesel engines. But against the background of the scarcity of resources and with the aim of energy efficiency, the electric car has been experiencing a rebirth for several years. Less energy consumption, fewer components, less wear and tear are just the most important arguments in favor of electromobility. However, there are also some disadvantages such as battery production and power generation that speak against the massive switch to electric vehicles.

Rebirth of the Elephant.

The enthusiasm for the advantages of electric drive technology and my sentimental love for old iron gave rise to the idea: I want to build an electric fantasy car – with selected, reused components and build it myself according to my own designs. I combined the body of a BMW 315 from 1934 and the drive technology of an accident Smart 451 “electric drive” from 2014. The tailor-made self-made chassis takes the axle carriers of the Smart 451 and carries the historic sheet metal body from BMW. Due to its age, this was very unstable and was therefore given a tubular steel cage and the entire technology of the electric smart was transplanted into the vehicle shell. Since there is currently no drive battery, I am still working on a solution for a small unit made from recycled lithium cells from old bicycle batteries. Since the elephant is not approved for road use in Germany, it will only be able to take trips outside of road traffic as a rolling sculpture and technical experiment.