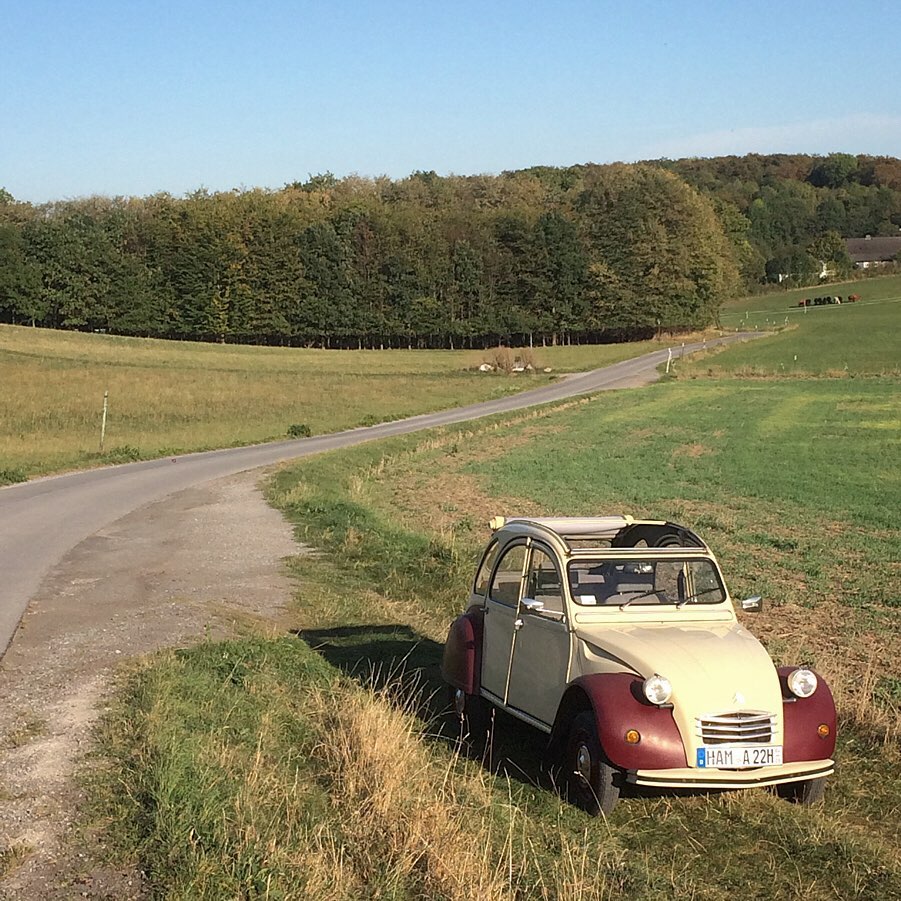 The 2CV built by French car manufacturer Citroën is an icon of European automotive history. The plans for a car suitable for the masses had also existed in France since the 1930s. However, the war delayed the development of the 2CV, so that the car was only presented at the Paris Motor Show in 1948. By the end of production in 1990, the model was technically and optically revised several times and numerous special editions (e.g. Charleston, Dolly etc.) were released. Right from the start, the drive concept of the car is front-wheel drive with an air-cooled 2-cylinder boxer engine. There is a legend that a duck can never tip over. This is due to the unusual chassis, which is famous for its comfort, with the longitudinal spring pots under the floor of the car. Originally designed as a utility vehicle for farmers, it was later the first car of a generation of students and the hippie movement. Today the duck is a sought-after collector’s item and has exceeded its purchase price several times.

When I bought this duck in 2000 – before I even passed my driver’s license – a long-cherished dream from my childhood came true. In the first summer we packed a tent, sleeping bags and provisions and headed south. We arrived in Portugal nine days later. Where the duck was built in 1988.

After returning from this adventurous and wonderful journey, I started the restoration in my parents’ garage. Disassembled, cleaned, repaired and repainted down to the last screw, I built the duck piece by piece on a new and galvanized chassis. This taught me a lot about the technology and I am very familiar with every detail.

On a long journey in 2015 through Tyrol, Italy, France and Switzerland, the duck mastered every alpine pass up to 2,643 m above sea level and up to 42 degrees Celsius on Lake Geneva. You can see passers-by waving at the roadside and children’s eyes shining on every campsite. Southern sand and dirt roads are the ideal terrain, where the good road holding and the high ground clearance come into their own. The duck is the perfect car for a relaxed country trip to Brandenburg or a cozy tent holiday by the sea. And with the roof open, ideally you can drive through the mild summer evening air to under the starry sky. This car is the minimalist alternative to the hectic and aggressive traffic in the cities and on the highways. The duck has been my constant companion for over 20 years and now it feels like a well-worn shoe.