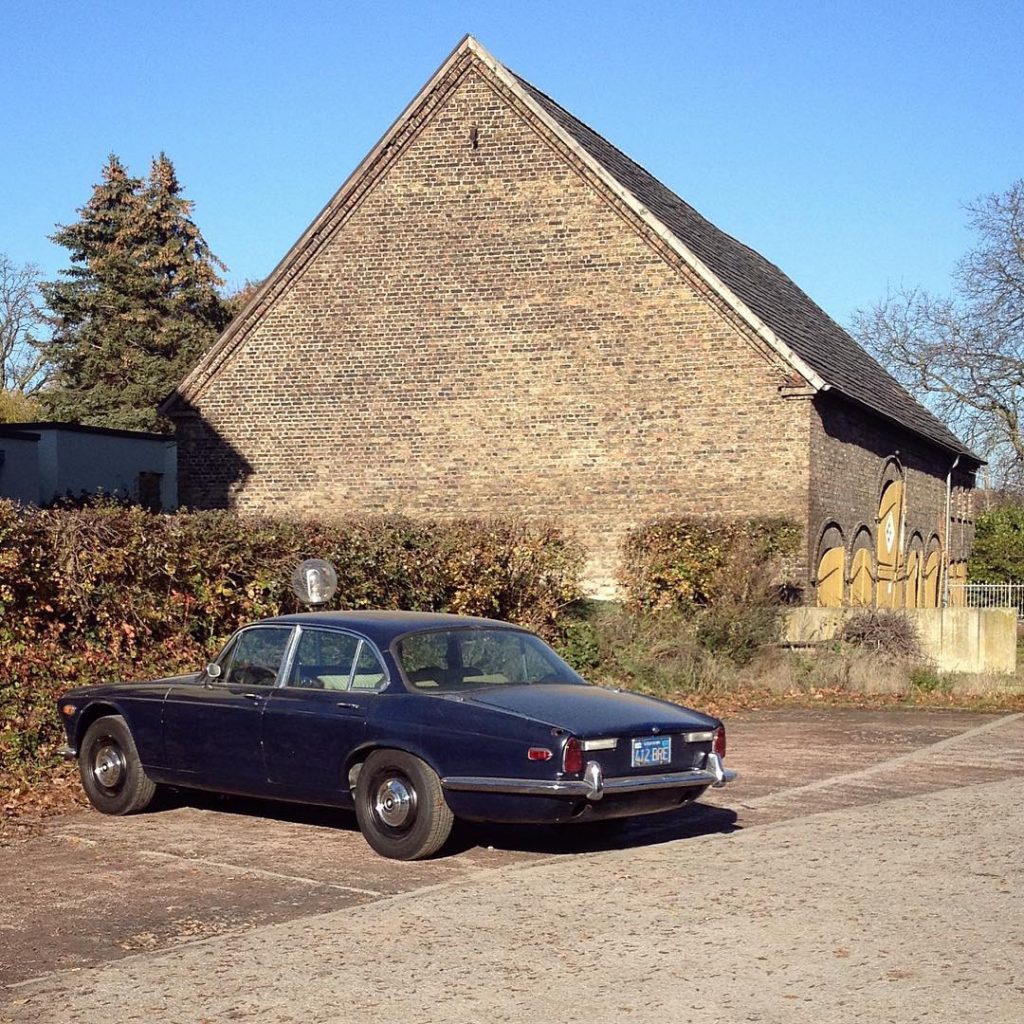 The Jaguar XJ had been the top model of the British manufacturer from Coventry since the late 1960s. The company’s founder, Sir William Lyons, played a key role in the development of the characteristic design. The models from the first years 1968-73 bear the designation “Series I” and can be recognized primarily by the low-lying front bumper and the round instruments in the dashboard. The luxury class sedans were delivered with either 6- or 12-cylinder engines. Various manufacturers in the USA have been offering conversion kits for Jaguar models since the 1970s. This enabled the maintenance-intensive Jaguar drive technology to be replaced by tried and tested, high-performance American high-volume technology such as the V8-cylinder engines and automatic transmissions from General Motors.

When my brother and I had to sell my father’s Jaguar XJ12 after his death, our hearts bleeded. But we were studying at the time and couldn’t possibly afford this dream car, which unfortunately rarely drove and still devoured money. Inspired by the “Draguar” from the YouTube series ROADKILL, I was on the lookout for a Jaguar XJ with a Chevrolet V8 engine in May 2017. At the beginning of May 2017, a dealer from the Uckermark offered this imported copy of the 1st series in steel blue. The former owner was a German music producer in Los Angeles and had driven the car in California. The conversion kit comes from Suncoast Conversions from Florida and a Chevrolet 350 small block engine with a Turbo 350 Hydromatic transmission from a 1968 Chevrolet Camaro was installed. Before it was exported, the car was unused in the open air for about 12 years and suffered numerous damage as a result. Brakes and power steering no longer worked, the floor had numerous rust holes and the interior was steamed from the rain and desert sun. Chassis, exhaust system, fuel tanks, cooling and the engine technology were completely neglected. Most of the damage has now been repaired, the engine roars as it should and the Jaguar waits patiently for completion and a first trip around the block. Many would shy away from the effort of a restoration given its market value. But for me it’s the most beautiful car in the world – and it’s always worth it.