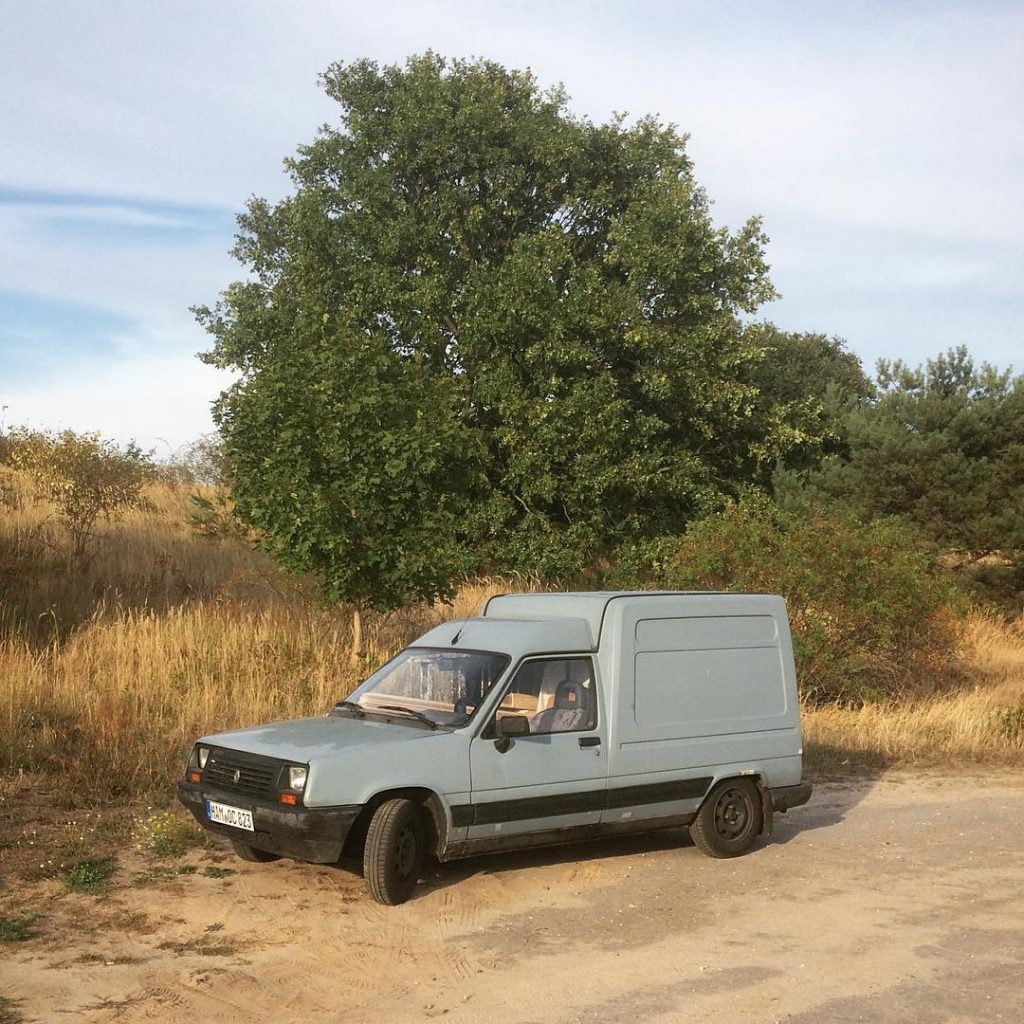 The French car manufacturer Renault launched the Rapid in 1985 as the successor to the R4 with a box body. The model is based on the technical basis of the second generation of the Renault R5 and was produced and sold in other European, Asian and South American countries as Renault “Express” or “Extra”. The first version (“Phase I”) of the Rapid differs optically from the later versions by the recessed headlights in the gray plastic grille, the narrow bumpers and the angular taillights. Incidentally, these small box vans are ideal for delivering croissants and baguettes to a French campsite in the morning.

When I regularly drove out to my workshop outside of Berlin from 2016 and wanted to transport material for the construction trailer conversion, I started looking for a suitable craft vehicle. I discovered this pretty well-preserved Rapid in Brandenburg a.d. Havel and was able to acquire it for little money and with TÜV approval for almost 2 years. The purring 4-cylinder petrol engine still reminds me of the R5 my parents had back then. The car has a catalytic converter and a truck registration. As a result, it is not only less harmful to the environment than the duck, but also significantly cheaper to maintain. Small, light, agile, economical – and you can throw in 1.5 cubic meters of stuff. The perfect car for the craftsman and also for a spontaneous camping holiday with two bicycles and a rubber boat.